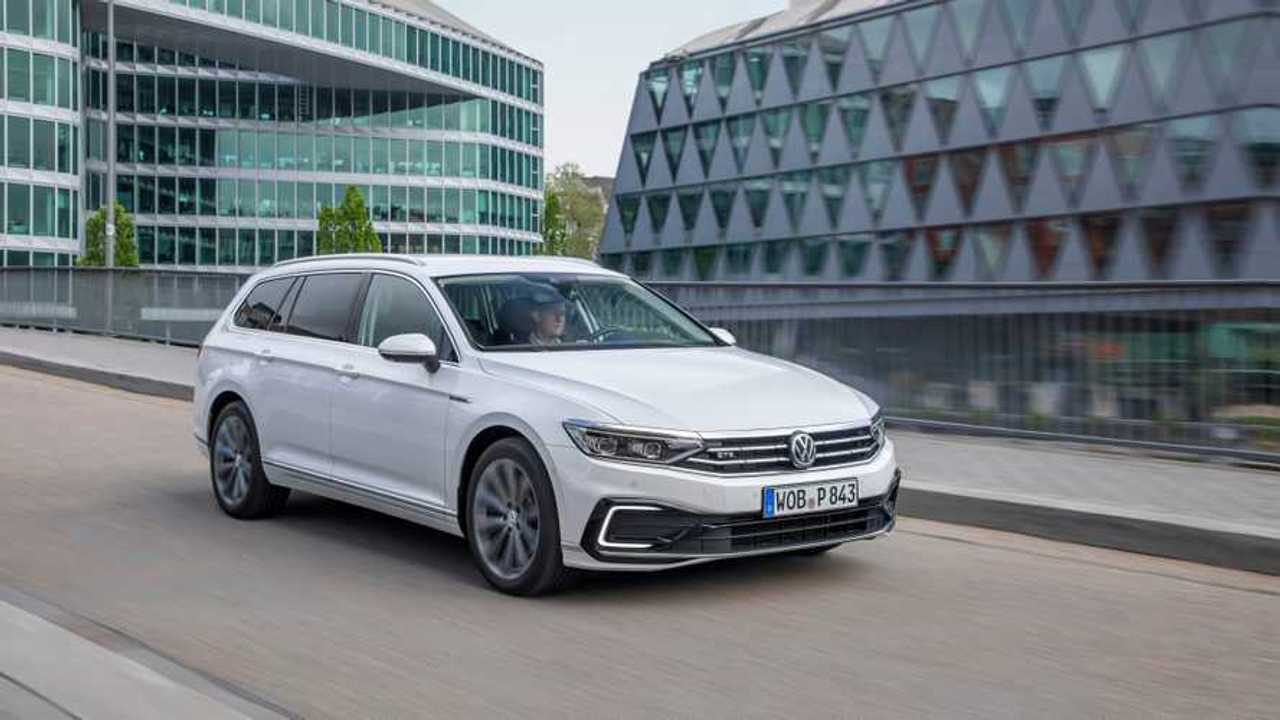 The new Passat GTE merges the benefits of electric mobility with the qualities of a long-distance vehicle, making it one of the most efficient mid-class models of our time. The plug-in hybrid drive in the Passat GTE starts up silently on electrical power alone. One major benefit compared to its predecessor: under the new WLTP cycle, the electric range reaches up to 54 km (Variant) or 56 km (saloon). As a result, the majority of your day-to-day journeys in urban settings are emissions-free.

The new model is available to order now. Volkswagen has managed to further perfect nearly all aspects of the Passat, the world’s best-selling mid-class model (over 30 million units sold). This also applies to the plug-in hybrid drive in the Passat GTE. The battery’s energy capacity has been increased by 31 percent to a total of 13 kWh. The purely electric range of the predecessor – determined as an NEDC value (New European Driving Cycle) – was 50 km. The new Passat GTE has a range of around 70 km in this cycle. Under the WLTP cycle, which is considered particularly similar to practical use, this figure reaches up to 56 km.

For longer distances and above 140 km/h, the powerful electric motor supports the Passat GTE’s efficient petrol engine (TSI). The electric thrust acts like an additional booster, unfolding its very own dynamic, especially in sporty GTE mode.

As a result of the greater zero-emissions radius, the new plug-in hybrid drive is particularly ideal for all motorists living in or commuting to cities. That’s because the economical Passat GTE becomes a zero-emissions vehicle in an urban environment: Even in large cities like Berlin or Paris, the new battery capacity is enough to cover most everyday distances completely electrically and thus emission-free. Furthermore, when it comes to financial matters, the new Passat GTE is especially appealing for company car drivers (based on Germany as an example): instead of paying 1.0% of the gross new vehicle price in tax each month, you only have to pay 0.5%.

Using the standard solution, the Passat GTE's battery is charged externally via an interface in the front end (plug-in). However, the vehicle can also be charged while it is moving so that there is enough battery capacity for an emissions-free drive around your destination at the end of a long journey. And this process is now even easier. While the old model had five operating modes, there are now only three: “EV” mode (purely electric driving), “GTE” mode (sporty driving with full system power of 160 kW / 218 hp, 400 Nm of torque and up to 222 km/h) and “Hybrid” mode (automatic switch between the electric motor with 85 kW / 115 hp and the TSI engine with 115 kW / 156 hp). To charge the battery during the journey, the driver simply activates “Hybrid” mode in the Infotainment system. A battery divided up into ten segments then appears on the touchscreen. The driver can use this display to select how much of the battery’s capacity should be reserved for purely electric driving.

Once the vehicle has arrived at its destination, the battery is charged again as normal. One thing is certain: With its longer electrical range, the new Passat GTE has been promoted to a true all-rounder that is extremely economical over long distances and can travel through cities without any emissions. The new Passat is available from 44,795 euro (Variant: 45,810 euro).